West Sussex County Council and Highways England intend to remove the legal footway status of the pavements through the Harbour Villages and along the A259. The intention is to re designate 4km of pavements as two way cycle tracks that pedestrians are permitted to share with all the bicycle traffic using the National South Coast Cycle Route. More details of this scheme are available here.

ChiCycle, the Chichester Area District Cycle Forum and the West Sussex Cycle Forum, believe that this scheme is unsafe and will cause inconvenience to pedestrians and cyclists. Our understanding of National Policy for Cycling and Walking Gear Change and the Department for Transport guidelines for cycling infrastructure LTN1/20, is that both documents strongly advise against the conversion of significant lengths of pavement footways into shared use cycle-tracks. 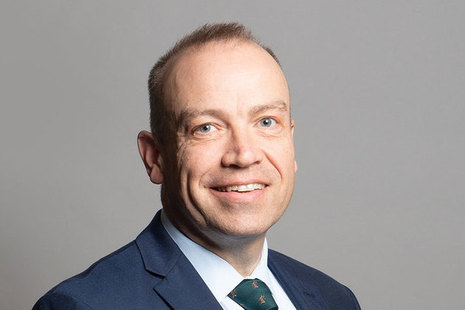 We have now receive a response from Chris Heaton-Harris which is available here.

Gabriel Adams of Fishbourne has also recently written to Gillian Keegan the MP for Chichester with her concerns about the A259 shared pavement NMU scheme. (An image of Gillian Keegan is shown below) 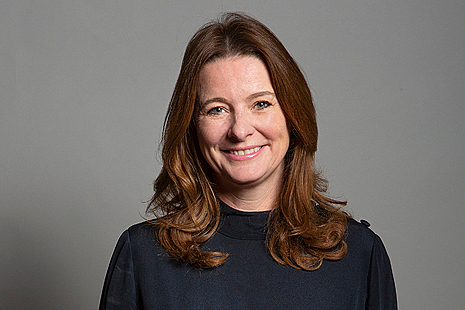 Remarkably, Chris Heaton-Harris and the Department of Transport believe the NMU Scheme will meet Current Guidelines!!!

It seems likely Chris Heaton-Harris and his aids at the DfT have not been fully briefed on the details of this project. The following paragraph from the most recent correspondence with Chris Heaton-Harris shows there is no awareness long sections of pavement are going to be converted into cycle-tracks:

Following the publication of the new guidelines in July 2020 (Local Transport Note 1/20) (LTN1/20), Highways England sought to establish the impact of the guidelines on it’s feasibility recommendations. As a result, Highways England’s designs have evolved to a solution comprising of a mix of speed management zones, shared use paths and segregated facilities, which are compliant with LTN1/20 and will cater for all users. All of Highways England’s designs will be subjected to independent road safety audit review and an Equality Impact assessment.

The Department of Transport only use the term shared use paths to describe infrastructure away from traffic and roads. Shared use paths are the only form of shared use facility Chris Heaton Harris mentioned in his reply, but it is not these sections of the route where we have safety concerns.

Our specific safety concerns are over the plans to remove the legal status of 4km of urban pavements so that they will no longer classified as footways for pedestrian use only. These sections will be converted to shared use cycle tracks following the procedures of the Cycle Tracks Act 1984. The DfT would not normally describe shared use cycle tracks adjacent to or contiguous with a roadway as a shared use path.

Chris wrote the foreword to the LTN1/20 document which which mirrors the key principles and ideas embodied within the National Gear Change policy for Walking and Cycling. If he is fully aware of of the intended conversion of pavements to shared use, it is impossible to understand his reasoning for stating the scheme complies with LTN1/20. We can only assume he has been incorrectly briefed about these details.

Rupert Emerson wrote to the DfT on 4 August 2020 and received a response on 4 September 2020. The response letter is interesting because it confuses the distinction between paths, which in technical literature refer only to routes away from roads and cycle-tracks which critically have a different legal status and run adjacent or congruent to carriageways. This can be seen in the following paragraph taken from the DfT response dated 04/09/20:

The recent announcement of the Government’s new design guidelines for cycling infrastructure design (Local Transport Note 1/20) has necessitated a re-evaluation of the design process. These guidelines refer to shared use as the ‘last resort’ solution, but do quote some exceptions on where it may be appropriate, such as interurban routes with low pedestrian flow like the A259. Highways England is mindful of this new designation, but also note that shared use paths have been used widely for providing safe journeys for both cyclists and pedestrians across Highways England’s and the West Sussex network for many years. The existing network around Chichester includes popular examples of shared use paths such as Centurion Way and the path alongside the A259 between Chichester & Littlehampton.

Centurion Way is a shared use path as it away from motor-vehicle traffic but DfT guidelines do not classify the cycle-way between Chichester & Littlehampton as a path. It is classed as a cycle-track by DfT literature as it runs adjacent to a road.

Most stretches of the A259 between are Chichester & Littlehampton are intra-urban  which is in stark contrast to the Chichester to Emsworth sections that run through urban streets bordered by shops, churches and houses with frequent driveways.