Ray Burridge is an inventor from Yapton who has developed a simple but ingenious solution to prevent cycle theft. Formerly, while working as a policeman, Ray realised how little was being done to prevent bikes being stolen or to detect such crimes. To resolve this problem he formed Gemara Cycle Security Ltd in 1986 and successfully produced a number of highly successful locking cycle stands. Unfortunately, when Ray took on a larger production order his bank got cold feet and withdrew their finance and his business folded.

The Gemara cycle stand allows cyclists to leave cumbersome bike locks at home and instead take only a single pound coin to use as a deposit in exchange for a bike-lock key. A key can be released by depositing a pound coin into a slot dispenser. The key allows a bike to be secured by a substantial no nonsense steel bar that can pass through any type of cycle frame.  Once the security key is used to release bikes from a Gemara cycle stand, the cyclist can then retrieve their deposited pound coin and ride away.

Ray sent us the following short silent video and explained he was trying to resurrect the project now that cycling is becoming a better recognised and respected clean, green form of popular transport.

If you know of any funding channels that are available to help him restart this worthwhile project, Ray would be very keen to hear from you.

More details of Ray Burridge’s project are given below. The following text and pictures are copied from emails Ray sent in to ChiCycle addressed to Sarah Sharp and Philip Maber.

Dear Sarah,
My name is Ray Burridge, and I invented a very simple idea to prevent Cycle Thefts, having to deal with them at the sharp end on a daily basis, and aware of what little was being done in terms of preventing, or detecting such crimes. My idea, in short, was to put a steel bar through the actual frame of the bike, and lock it. The idea was seen by a Crime Prevention Officer, then by an eminent locksmith who told me to get a Patent a.s.a.p., as he thought the idea was ‘brilliant’ due to its sheer simplicity. FOUR years, and FOUR grand later, the Patent was issued to great acclaim from the media, initially local, then national press. When broadcast on the BBC Overseas Network, I received 100+ replies implying that cycle theft was obviously a problem globally. All this before Google!
A company, Gemara Cycle Security Ltd was formed in 1986, and initially got little response from investors, the company getting a derisory £25,000 Govt. Guaranteed Loan. The same response came from local authorities, but gradually, as the first installations proved totally successful, larger orders came in, culminating in a massive order of £40,000+ from a City Council to supply all their car parks. The Bank said we had ‘overtraded’, a euphemism for getting too ambitious, and the company folded. Needless to say, the existing units continued their 100% success. The product had proved itself over 5 years.
Now, after many years of watching cycling becoming more, and more mainline transport and the environmental benefits involved, I was contacted by a cycling organisation to see if I was interested in resurrecting the successful system, although initially reluctant after the first foray. I had retired, spent some years in France, and on returning to the UK, resumed being a professional cartoonist, and musician. Furthermore, I had an operation at St Richard’s for cancer in late 2019, the all-clear for an Ileostomy reversal coming 2 weeks ago. It made me determined to get this idea up, and running again, especially with Covid prompting the massive groundswell of cycling it provoked…and the ensuing thefts!
I have had tremendous interest from cycling organisations, such as BritishCycling, and CyclingUK (aka Cycling Touring Club), a local organiser of the latter helping me to bring the product up-to-date. He saw a video online, and e-mailed me to say he had been advocating better SECURITY facilities for years, and thought ‘I had cracked it!’ I have had great assistance from local councillors in Portsmouth, my home-town, and even enquiries from the EU, presumably having seen a video of the product on a video channel (MSN?).
The new Crime & Police Commissioner for Hampshire & IOW, Donna Jones, who has been very supportive for the past year, suggested I try my LOCAL Councils to see if finance, by way of a grant, or otherwise, would be available, as Central Government seem reluctant to mention ‘the Elephant in the room’ when encouraging people to cycle, namely SECURITY.
In essence, the product has an excellent record in preventing cycle theft, and is virtually ready to produce, apart from finance. I have contacted the Chichester LEP,  ‘Country to Coast’, but getting little response, apparently out of funds at present. The Covid-19 element naturally being paramount in funding existing businesses.
On a ‘personal note’, in a recent article from Pedalsure, Chichester is incredibly FIFTH out of the 10 Worst Places in the country for cycle theft, and the Rail Station is in the Top Ten Worst Stations. I am not touting for business at present, but it did surprise me!
I enclose some *stills from an old video I took some years ago whilst on a visit to see an installation at Bournemouth Town Hall, 18 years after they were installed – and NO BIKES STOLEN. I will send the video in an accompanying e-mail, ‘home-made’, but sufficient to show its simplicity, and aesthetic qualities.
Best Regards,
Ray Burridge
(we are currently checking if Ray minds us publishing his contact details) 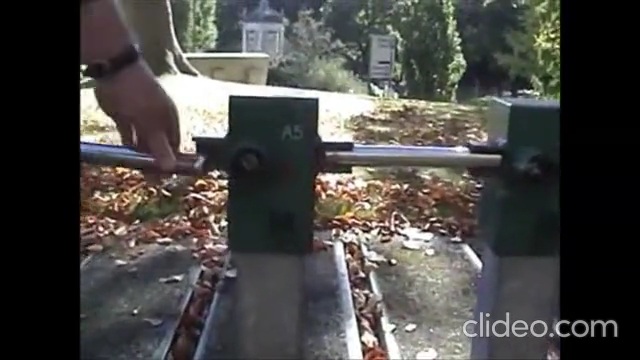 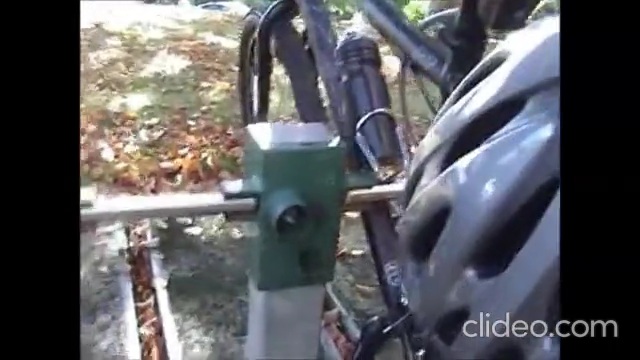 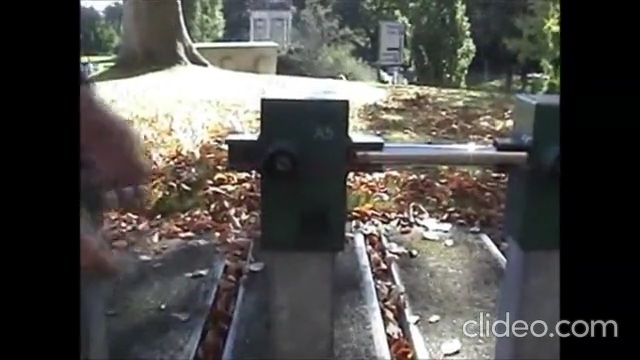 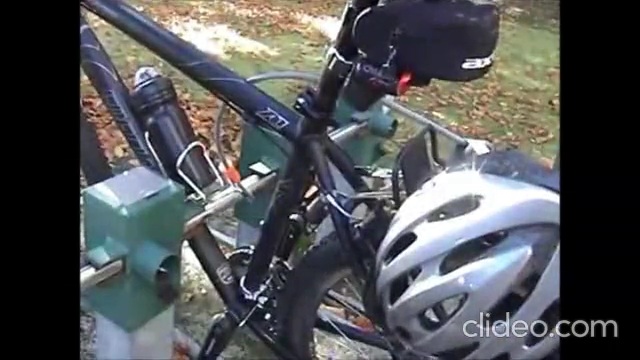 The Gemara Cycle Security system is a unique, and simple device to use, and proven to prevent bike thefts over several years. It is primarily based on a substantial steel bar being manoeuvred through the frame of the cycle, and locked by the use of a coin-lock. The bar has been designed to be strategically placed to secure all known types of bikes, including those with the common triangular frame, hybrid frames (those with the angled crossbar), ladies’ twin, and loop tube, and folding bikes, whether folded or not, some owners of such bikes prefer putting the steel bar through a space in the folded version. It has also been especially designed to take children’s bikes, whether with a conventional crossbar design, or, what is commonly known as a U-tube style. The bar is made of 32mm 304 Stainless Steel, the hardest available, and none have ever shown any form of attempted cutting.

The Gemara system comprises 10 such ‘units’, with each unit adjoining another, all of
4″ galvanised box steel uprights, each topped with a steel box containing the lock. Though primarily coin-return at present, other forms of locking, such as phone apps, are being considered. The uprights are all welded to a horizontal 4″ box steel base, which is placed in concrete on site, with tapered zinc runners for the cycle wheels flush with the finished base between each unit. Instructions are supplied to the purchaser for installation.

USE – The user pushes the cycle into a unit, using the runners, and simultaneously moves the bar through the frame, inserting a coin, and locking the bar with the key supplied to that unit, each key supplied having a fob denoting the unit used, with each unit similarly marked. On return, the procedure is reversed, the key locking itself for the next user.
Each locking-box is powder-coated for durability, and virtually any colour is available.
It has room for instructions, and logos if required. The finished product has changeable cylinders, if necessary, should a key be lost, thus quickly putting the unit back in use, and without replacing the whole lock..both time-consuming, and more expensive.

The updated version is being designed with SECURITY being paramount, but without its aesthetic design being compromised. Assistance is being given by a member of a cycling organisation in order to make the Gemara system at least one step ahead of potential cycle thieves. In addition, regular contact will be made with cycle stores, such as Halford
as in previous years, to ascertain whether new styles of bikes are on the market, along with viewing sites such ECF, Velo-City etc..
N.B. It appears that the Gemara Security System is capable of securing E-BIKES, from those seen at present, but due regard will be given to further developments. The same applies for Tandems, now becoming more popular.