ChiCycle are concerned with plans to relocate cyclists from Westgate and Sherbourne roads onto unsuitable pavements around the mini roundabout junction. We believe this will contravene the Equality Act 2010 as vulnerable pedestrians will be forced into direct conflict with significant flows of cyclists. Please see the attached document for more details of our concerns.

Our concerns are outlined in detail in this PDF report on the proposals.

The following images show where pavements with blind corners will be converted to cycletracks. At these locations cyclists will be relocated from the carriageway onto these narrow pavements. 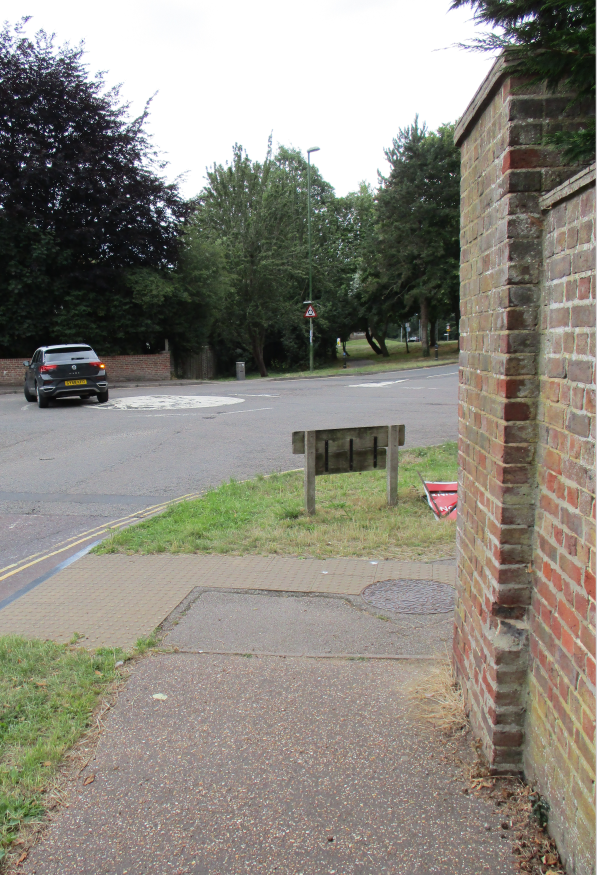 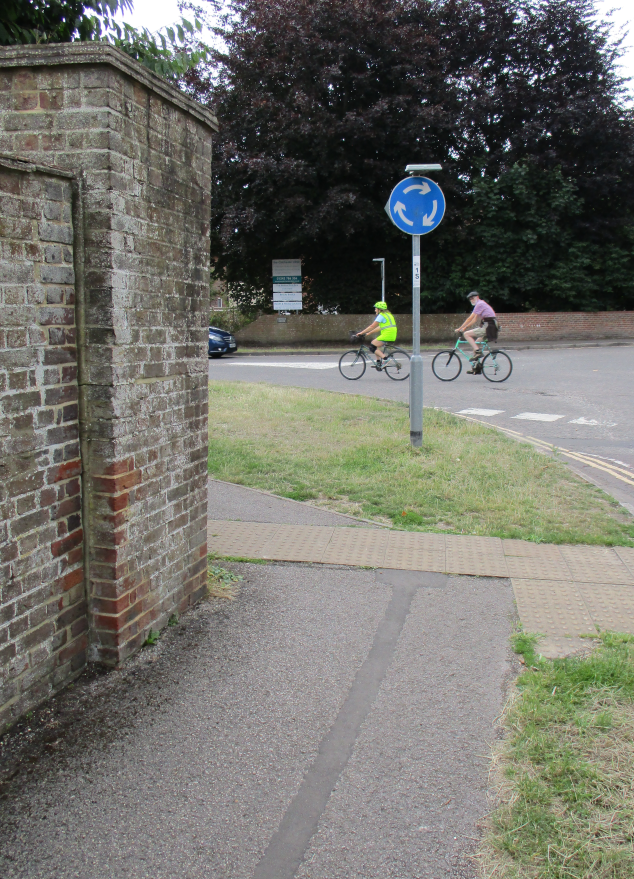 Two residents who will be particularly discriminated against are Patricia O’Brien and Paul Voller who are both heavily reliant on canine assistant working dogs. Patricia’s family specifically relocated her to Parklands because currently the location allows her to access local shops and facilities with her severe paralysis due to Multiple Sclerosis. Paul will loose his independence if he is unable to use the pavements with his guide dog when they are inappropriately converted into shared use cycle tracks.

Who has consulted Patricia O’Brien and Paul Voller about the removal of the legal classification as footways of the currently safe pavements that they rely on for independent living?

How is it considered satisfactory to convert these pavements used by many vulnerable people into substandard shared cycle tracks that have virtually no forward visibility at corners and are far below the minimum shared use width requirements given by the DfT?

Why have the ISG stakeholders failed to consult organisations such as Canine Partners, RNIB, MSsociety and Age Concern to determine if it is appropriate to convert these narrow urban pavements into shared cycle tracks?

Conversion of our existing safe footways into sub standard cycle tracks, without adequate consideration for the vulnerable residents who rely on them, will be a failure of the planning authorities Public Sector Equality Duty.

ChiCycle are currently seeking legal advice over how best to enforce the Equality Act 2010 if these proposals to reclassify our urban footways as cycleways go forwards.

Please support ChiCycle in our opposition to these ill-considered street modifications that will unjustifiably disadvantage disabled local residents who do not drive.