The new scheme for the Chichester to Emsworth Cycle Route threatens to reduce the level of local provision for both pedestrians and cyclists alike. It will also encouraging faster and larger volumes of motor vehicle traffic along the A259. 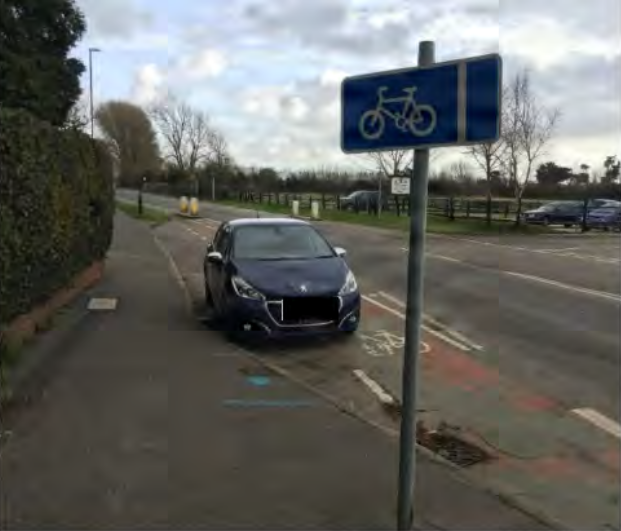 There are a great many reasons why it is unsatisfactory for the cycle scheme to relocate cyclists onto the existing pavements through the harbour villages.

Removing the existing cycle lanes will encourage greater volumes of motor vehicle traffic that will also be likely to travel at higher speed. This will make the villages environments less pleasant for residents.

Putting cyclists on the pavements will threaten vulnerable pedestrians who will have to contend with high speed two way cycle traffic where they walk.

Cyclists will not be able to progress quickly along the route because of conflict with pedestrians and people exiting their properties unable to see cyclists approaching.

ChiCycle contacted the project manager Simon Elliott by post and by email on Monday 29 June 2020. Simon is overseeing the new Highways England Cycle Route scheme between Chichester to Emsworth.

We asked Simon for assurance that Highways England would reconsider removing the  existing cycle lanes along with the expectation that cyclists should thereafter cycle on the pavement. Highways England have not yet responded to our communication.

Roger Elkins has informed ChiCycle that he believes “it is best that Highways England respond to your concerns” and he will “note their response with interest”.

The District Council’s remit does not extend to technical highways related matters and so we do not have officers specialised in this area. When the District Council requires input on technical highways related matters then we take advice from WSCC as the Local Highway Authority and occasionally through the employment of external contractors. The matters you raise are technical highway design issues and concerns around the application of highways related guidance. For the reasons outlined above, it is not appropriate therefore, for me to comment in any detail in respect of the concerns raised. Can I suggest that you send your concerns to both HE and WSCC as the ‘owner’ of the scheme and the Local Highway Authority respectively. Both have the appropriate in-house technical competency to consider the points that you raise.

ChiCycle advise local residents who have concerns over their pavements being converted into a cycle-tracks, to contact Highways England and Simon Elliott directly. Their contact details are as follows:

A27DesignatedFunds@highwaysengland.co.uk is an official email for concerns over the project and emails sent to this address are logged and recorded as part of the planning process.

Simon Elliott is the project manager for the NCN2 [A259] cycle route.