Chichester City Council met for a Special Meeting of the Planning and Conservation Committee held on 28 July 2022. This was to discuss planning application 22/01485/OUTEIA

It was noted that National Highways are now concerned about the developments impact on the Strategic Road Network (SRN). This is likely because congestion from the college roundabout will be exacerbated by the additional traffic from the development and this is likely to tail back onto the A27 trunk road causing traffic jams around rush hour. National Highways (NH) have requested that the planning decision for 22/01485/OUTEIA should be delayed for at least three months until 26 October 2022. This is to allow time for the applicant to provide the information as set out in the attached NHPR. Full details of NH’s position are available in the following document.

NATIONAL_HIGHWAYS-4949067
Chichester City Council are opposing the planning application for the reasons outlined in the document below.

Of particular interest to Chicycle is that the city council have requested that the following proposal should be considered:

ChiCycle’s position is any connection of a substantial development (over 100 homes) onto any part of Westgate (including west of the Sherborne roundabout) is unacceptable. This is a School-Street and location of a National Cycleway. Traffic volumes already exceed those where few cyclists would feel safe to ride on the road and the proposed provision for the carriageway walking and cycling does not even come close to meeting national minimum guidelines (particularly safe stopping sight distances and track widths). A road link for the new development, almost directly onto the SRN would resolve the congestion and safety issues raised by the existing proposal.

ChiCycle’s previous recommendation for the West of Chichester development to have its own connection onto the A27 is close to the “vehicular connection to Clay Lane and from Clay Lane to the A27 at the existing underpass” that the City Council recommend should now be considered. A sketch of several viable road layouts are shown in the images below: 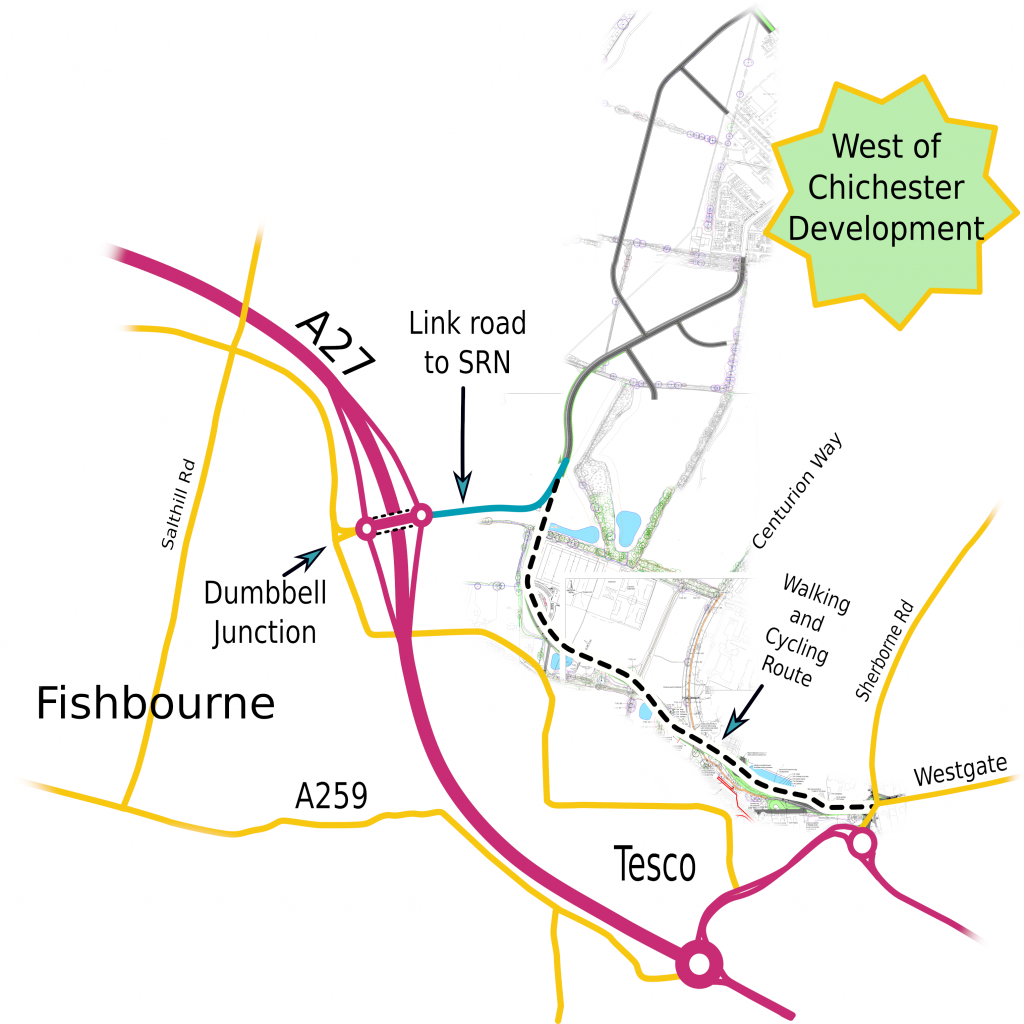 The following diagram anticipates that there will be an additional dumbbell junction to the North West of the orange slip roads shown. 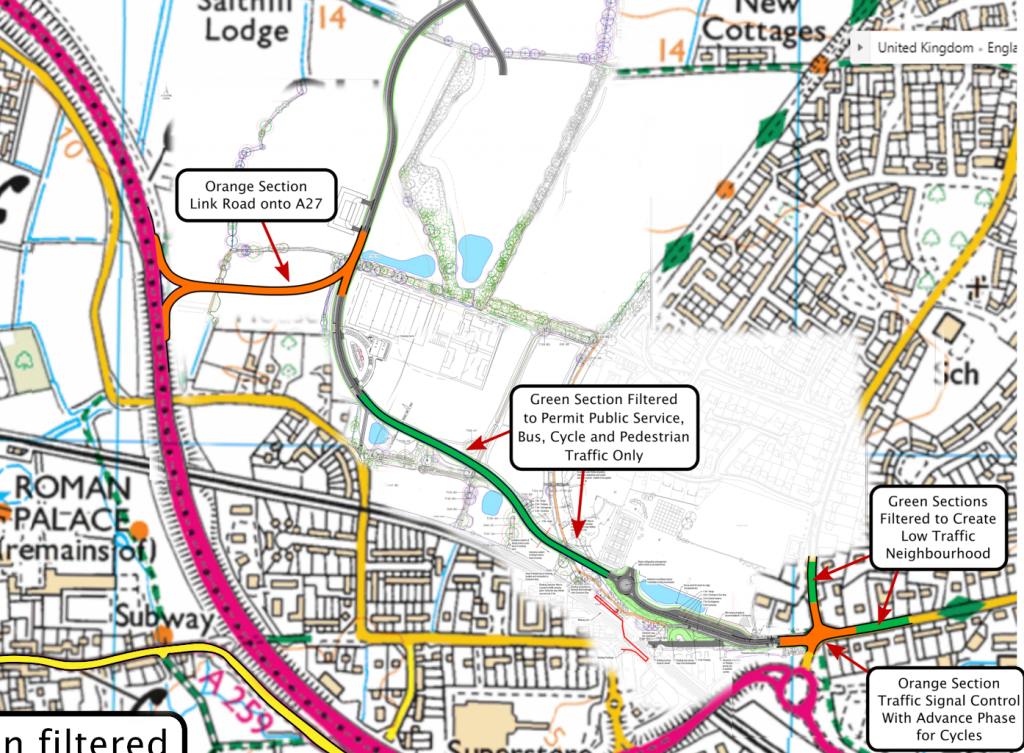