The Modification of the Road Network to Carry Motor Vehicle Traffic from the West of Chichester 1,600 Home Greenfield Development Site and also Indirectly from the B2178 Funtington Road, into the Heart of the Westgate/Parklands Residential Area of Chichester, is Inappropriate!

The Manual for Streets is the Department for Transports guidance on designing and modifying residential streets. The following recommendations are made regarding cycle and pedestrian safety

The hierarchies of provision 4.2.9: If road safety problems for pedestrians or cyclists are identified, conditions should be reviewed to see if they can be addressed, rather than segregating these users from motorised traffic. Table4.1suggests an ordered approach for the review.

The proposed Southern Access Road will bring a significant traffic increase to both the western end of Westgate and to the southern end of Sherbourne Rd. This is the exact opposite of the most favoured approach recommended by the Manual for Streets.

Rather than reallocating road space to pedestrians as recommended by the Manual for Streets, it is being proposed that existing footways will be removed and converted into poor quality shared use cycle-tracks.

We need to be mindful that not only does Westgate carry significant local pedestrian and cycle traffic, bit it also carries traffic from two National Cycleways No 88 and No 2 in addition to the cycle traffic using Salterns Way.

ChiCycle have identified the following safety concerns for pedestrians or cyclists where the proposed Southern Access Road will run through Westgate and Sherbourne Rd:

The concept of UK Low traffic neighbourhoods borrows heavily from European and particularly Dutch urban design expertise in road safety. Although there is often a degree of initial opposition to such schemes, there is evidence that once implemented a majority of people accept them as genuine and worthwhile improvements. Once established, most residents wish to retain them. Urban residents often live with the misconception that the existing volume of local motor traffic is essential to healthy community life. They fear that measures to curb motor vehicle use will restrict peoples ability to accesses local shops and services. However, once low traffic neighbourhood schemes are implemented, the remarkable phenomena of evaporating traffic takes place and residents find themselves living happily in a more pleasant and community orientated environment.

Indeed, schemes to reduce traffic are not historically unique within in Chichester. The A259 was once the main Sussex coastal road which ran over a level crossing at Westgate before leading through the centre of the city. It was necessary for it to do an awkward wiggle to squeeze around the Market Cross. A bypass was built in the 1930s but the A259 remained a route through the centre of the City until the pedestrian precinct was created in the 1970s. Cars driving past the market cross can be seen in the image below.

Only in in 1983, did an Act of Parliament authorise construction of
Cathedral Way and the diversion of what is now Fishbourne Road East.
At the same time the Westgate railway level crossing was closed to motor traffic an it became a crossing for pedestrians and cyclists only.

The closure of the Westgate level crossing to motor traffic created a Quiet Street at the western end of Westgate. As motor vehicle traffic levels increased in other parts of the city with the construction of the Chichester and Havant A27 bypass, the route along Westgate became the only realistic passage to the west of the City for pedestrians and cyclists.

With viable walking and cycling connections through Westgate to the west of the City, several cycle routes have developed. Firstly Centurion Way was built along the route of the disused Chichester to Midhurst railway in 1995. An image of it’s construction is shown below. 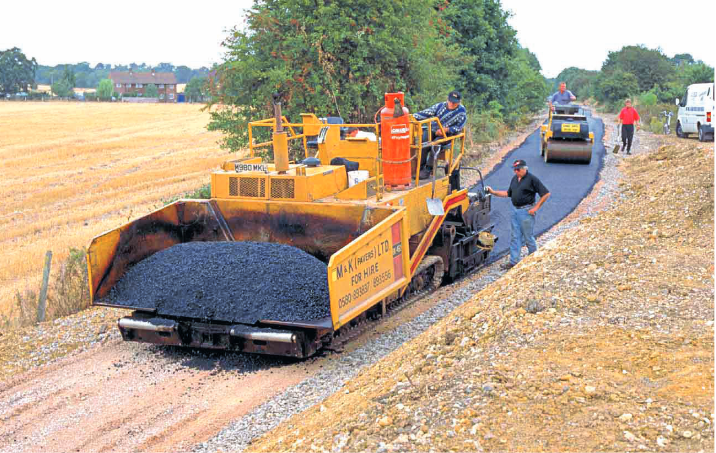 Salterns Way is a 12 mile cycle route from the centre of Chichester to the sand dunes of East Head. It relies on Westgate being a navigable route for family cyclists and its success owes much to Louise Goldsmith’s determination to  create a wonderful cycle route in and around Chichester Harbour.

Visionary Town Planning Decisions and Projects of the 1970/1980s Successfully Quietened Chichester’s Historic Streets and helped Popularised Walking and Cycling. To Reversing these interventions is a Retrograde Step we must Urgently Reconsider in this Period of Climate Emergency.

Breaking the convenient passage for cyclists who pass through Westgate is undesirable. The proposed introduction of the Southern Access Road servicing 1,600 new homes, will result in a severance of this cycle route. This goes against the policy guidelines in the National Planning Policy Framework (NPPF). This situation is made even worse by relocating cyclists onto unsuitable pavements. This will leave the connections along Westgate for pedestrians and cyclists inadequate for both groups of road users. The NPPF states the following:

109. Development should only be prevented or refused on highways grounds if there would be an unacceptable impact on highway safety, or the residual cumulative impacts on the road network would be severe.
110. Within this context, applications for development should:
(a) give priority first to pedestrian and cycle movements, both within the scheme and with neighbouring areas; and second – so far as possible – to facilitating access to high quality public transport, with layouts that maximise the catchment area for bus or other public transport services, and appropriate facilities that encourage public transport use;
(b) address the needs of people with disabilities and reduced mobility in relation to all modes of transport;….

It should be noted that the proposed conversion of unsuitable urban pavements to shared use will particularly discriminate against people with disabilities and reduced mobility.

We will ensure that all new housing and business developments are built around making sustainable travel, including cycling and walking, the first choice for journeys

The ChEmRouteVision offers a high quality transport solutions that can improve local journeys made by all road users. It also provides opportunists for Westgate, Parklands and the Harbour Villages to become Low Traffic Neighbourhoods

An important feature of ChEmRouteVision is that it calls for a thorough assessment of current and future transport needs. This is essential before hard to reverse changes are planned and implemented. Transport surveys are necessary to enable design of high quality infrastructure that is both future proof and compliant with DfT standards for highway design.

It is not possible for ChiCycle (or indeed anyone else) to produce a credible proposal for transport network solution until adequate transport research has successfully been conducted. It is also unreasonable for the SAR to be connected at Sherbourne road when the existing infrastructure is already proving inadequate even for existing levels of traffic.